Plus profiles of Sidmouth councillors 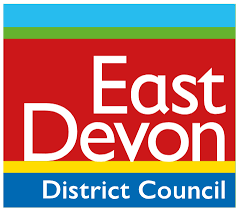 The District Council has re-elected its leader and deputy leader, as highlighted in the official press release:

And in the local media:

However, there was a change in the chair of the council:

“Historically, when our council was led by one political party with an overall majority, the Chair would come from within that group. Since elections in May 2019, our council has been more fragmented and polarised, lacking the overall control of one party.

“It is therefore a particular honour, as a non-aligned, individual Independent member, to be elected Chair of East Devon District Council by such a decisive majority of my colleagues across virtually all political groups. I recognise this unique trust brings with it additional responsibilities, and will perform all my duties with an even hand and open mind.”

“I am very pleased to see Ian take the Chair, which I am sure he will fill with distinction. I would also wish to give the council’s huge thanks to his predecessor, Cllr Cathy Gardner, for a superb job, done in the most trying circumstances any chair has faced.

“These thanks extend also to all our officers for an extraordinary year’s work – up against the odds throughout.”

Cllr Cathy Gardner, one of the six councillors representing Sidmouth, has been in the chair “in the most trying circumstances” – during a year which has been “extraordinary” for everyone.

She has also been involved, in a private capacity, in a legal case:

This is now very much in the news:

Here are the details of Cllr Gardner’s responsibilities and activities, on the District Council’s website – including membership of the Beach Management Plan’s advisory group:

Cllr Gardner can also be seen online, both in a private and a political capacity:

Going alphabetically through the other five councillors representing Sidmouth wards, we have Cllr Denise Bickley – who is also on the BMP advisory group, as well as holding the deputy portfolio for climate change:

She has been outspoken on other matters relevant to the running of the council:

And she is very busy beyond her East Devon duties:

The next councillor representing Sidmouth at the District Council level is Cllr Stuart Hughes, who is also on the BMP advisory group:

He is also the Valley’s councillor for the Devon County Council, holding the portfolio for highways:

Official opening of new footbridge in Sidmouth | The Devon Daily

Recently having secured the ward once again:

With several links available here as part of a recent profile:

Cllr Hughes is also a long-standing member of the town council:

And he has a considerable online presence too:

Next in the list of District Councillors from Sidmouth comes Cllr John Loudoun, who is on the council’s Cabinet as well as the BMP advisory group:

Residents should ‘accept’ Beach Management Plan is in ‘the best interests of Sidmouth’ | sidmouth.nub.news

He is also on the town council:

Where he has been active in local campaigns:

And Cllr Loudoun also has an online presence:

Then comes Cllr Dawn Manley, who is also member of the Sustainable Homes & Communities team and the BMP advisory group:

She is also a town councillor:

And has been so for ten years now:

Finally, the sixth councillor to represent Sidmouth is Cllr Marianne Rixson, who is portfolio holder for climate change, as well as a member of the BMP advisory group and member responsible for Covid issues:

Covid compliance help on offer as Sidmouth prepares to reopen for business | sidmouth.nub.news

And she has been very much part of local campaigns:

Here is her online profile: