… with a push for more by the town and county councils.

The District Council has been keen to promote electric vehicles – with a decision mid-2019:

At the end of last month, a special forum set up to look at the possibilities reported:

This is one of a number of exciting projects, recommended for approval or investigation by the authority’s ‘Car Parking Task and Finish Forum’ (TAFF).

An investigation into how the car parks can be used at off peak times, such as the occasional evening cinema, farmers market or car boot sales has also been recommended by TAFF. It is hoped it could generate additional income while also providing exciting services that residents and visitors can enjoy, although mindfulness would be needed so it does not encroach on existing businesses.

As well as this, the TAFF are keen to look at whether a small area of some car parks could be considered for hiring out electric bicycles so residents and visitors could explore the local area on two wheels rather than four. The group has also recommended a number of trial contactless machines be installed to minimise the need for residents to touch buttons while paying for parking.

If given the go-ahead is given by Cabinet, the first part of the project will see charging points installed across seven car parks that are able to serve 14 vehicles at a time…

As was widely reported in the press at the time:

And so at cabinet on Wednesday this week, it was decided to take the project forward: 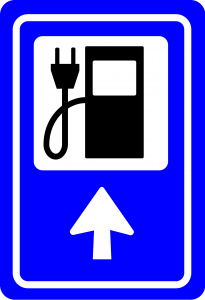 To recommend to Council to… facilitate participation in the Innovate UK funded Exeter Rapid Charge Project…  to install and operate up to 30 rapid charging units in public car parks within the District.

The District Council-owned car parks in Sidmouth being considered are:

Meanwhile, a correspondent has noted:

Charge points appear in the Sid Valley Neighbourhood Plan under Access and Connectivity.

Sidmouth certainly has its eyes on further charge points, including Knowle, which is about to be handed over to the town council:

And the county councillor is also installing charging points in Sidmouth: