And the plans were wholeheartedly agreed to:

However, disquiet was expressed about the proposed colour of the building: which is much darker than it appears below.

and with grey shutters. 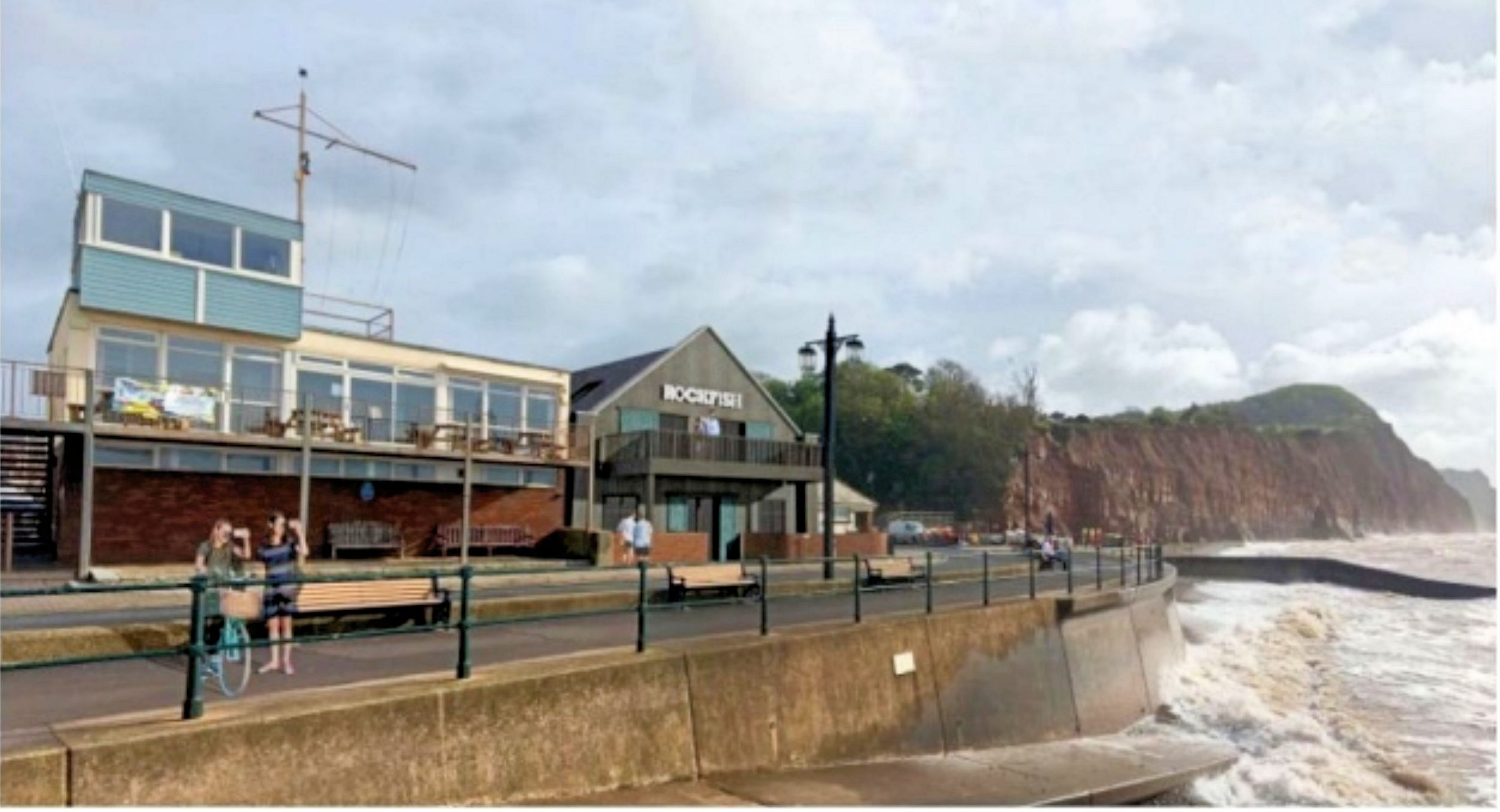 Here are the minutes from the Town Council meeting:

And here’s the report from the Sidmouth Hub news pages:

Sidmouth Town Council has thrown its weight behind an application to convert the town’s historic Drill Hall into a seafood restaurant, however the council has suggested some alterations to the plans.

At the meeting members asked that the following items be taken into consideration by Rockfish and East Devon District Council: