Viscount Ridley is a bit of a contrarian:

But we need contrarians to act as provocateurs – for example:

This is something President Macron is discovering, after trying to introduce carbon taxes on petrol a year ago:

Futures Forum: Climate change: France introducing a carbon tax is “a masterclass in how not to sell climate policy”

To be provocative is to provoke debate, as demonstrated by another piece by Matt Ridley for The Spectator:

We’ve just had the best decade in human history. Seriously

Little of this made the news, because good news is no news

Let nobody tell you that the second decade of the 21st century has been a bad time. We are living through the greatest improvement in human living standards in history. Extreme poverty has fallen below 10 per cent of the world’s population for the first time. It was 60 per cent when I was born. Global inequality has been plunging as Africa and Asia experience faster economic growth than Europe and North America; child mortality has fallen to record low levels; famine virtually went extinct; malaria, polio and heart disease are all in decline…

Since its inception, the environmental movement has been obsessed by finite resources. The two books that kicked off the green industry in the early 1970s, The Limits to Growth in America and Blueprint for Survival in Britain, both lamented the imminent exhaustion of metals, minerals and fuels. The Limits to Growth predicted that if growth continued, the world would run out of gold, mercury, silver, tin, zinc, copper and lead well before 2000. School textbooks soon echoed these claims.

This caused the economist Julian Simon to challenge the ecologist Paul Ehrlich to a bet that a basket of five metals (chosen by Ehrlich) would cost less in 1990 than in 1980. The Stone Age did not end for lack of stone, Simon said, arguing that we would find substitutes if metals grew scarce. Simon won the bet easily, although Ehrlich wrote the cheque with reluctance, sniping that ‘the one thing we’ll never run out of is imbeciles’. To this day none of those metals has significantly risen in price or fallen in volume of reserves, let alone run out. (One of my treasured possessions is the Julian Simon award I won in 2012, made from the five metals.)…

We’ve just had the best decade in human history. Seriously | The Spectator

The Futures Forum blog has looked at these ideas over the years: 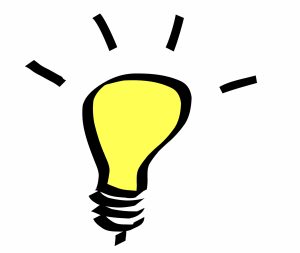 This was the economist Julian Simon’s great insight: the ultimate resource is the human mind. As I put it in the Commentator,

The reason why our intuition about the “limits to growth” is so wrong is that it fails to comprehend the role of human ingenuity in shaping and harnessing the environment. More peoplin a global market economy means more minds working to solving problems, more people producing things for each other, and more knowledge and ideas available to everyone.

The quixotic effort to quantify the exact amount of resources on earth and calculate when we will “run out” is doomed to fail because people are constantly inventing new ideas and discovering new uses for things. Nothing is a resource until someone discovers an application for it. … “Natural” resources are not fixed because resources are not found in nature – they are created by the human mind.

In defence of open-ended growth | The Commentator

Futures Forum: Sustainable development >>> land is not a limited resource >>> and there are no limits to growth

The overarching thesis on why there is no resource crisis is that as a particular resource becomes more scarce, its price rises; this rise of price creates an incentive for people to discover more of the resource, ration and recycle it and, eventually, develop substitutes. The “ultimate resource” is not any particular physical object but the capacity for humans to invent and adapt.
Scarcity:
The work opens with an explanation of scarcity, noting its relation to price; high prices denote relative scarcity and low prices indicate abundance. Simon usually measures prices in wage adjusted terms, since this is a measure of how much labor is required to purchase a fixed amount of a particular resource. Since prices for most raw materials (e.g. copper) have fallen between 1800 and 1990 (adjusting for wages and adjusting for inflation), Simon argues that this indicates that those materials have become less scarce.
The Ultimate Resource – Wikipedia, the free encyclopedia
Julian Simon – Wikipedia, the free encyclopedia
The Ultimate Resource II: People, Materials, and Environment
The Ultimate Resource 2: No. 2: Amazon.co.uk: Julian Lincoln Simon: 9780691003818: Books
Economists and Scarcity : The Freeman : Foundation for Economic Education

Consider the famous bet between the environmentalist Paul Ehrlich and economist Julian Simon: Ehrlich bet that the prices of five essential metals would rise as the metals became scarcer, exhausted by the needs of a growing population. Simon bet that human ingenuity would rise to the challenge of growing demand, and that the metals would decrease in price over time. Simon and human ingenuity won in the end. (Later, the prices of many metals and minerals did increase, as rapidly developing countries drove up demand, but those prices are starting to come back down again).

To date, humankind has never exhausted a single natural resource. To learn more about why predictions of doom are often exaggerated, consider watching Cato’s recent book forum, The End of Doom.

Futures Forum: Are we running out of resources?

In The Ultimate Resource, Julian Simon noted that humans are intelligent animals, who innovate their way out of scarcity. In some cases, we have become more parsimonious in using natural resources. An aluminum can, for example, weighed about 3 ounces in 1959. Today, it weighs less than half an ounce. In other cases, we have replaced scarce resources with others. Instead of killing whales for lamp oil, for instance, we burn coal, oil and gas.