What has the move achieved?

The news pages of this site have considered the latest official pronouncements from the District Council on its move from the Knowle parkland to the Honiton industrial park:

Here is a consideration from the news pages of the EDW site earlier today:

At this month’s Cabinet meeting, councillors will consider a report that reflects on the move and what it has achieved.

Owl has some questions (and could on with more):

Q. 1. Has the move has saved money on running costs? Difficult to know whether or not any money has been saved, and if so how much. The Knowle was deliberately neglected for more than a decade and running costs were deliberately obfuscated during that time too. So, in Owl’s opinion, there is no way to make like for like comparison.

Q. 2. Final payment for the old site of £9M is 20% more than the original offer of £7.5M, does this represent tough negotiating and good value? Owl understands that information released by EDDC through FOI, estimated this site, with planning approval, would have a “developable value” of £50M. It would be usual for a developer to pay up to a third of this for the purchase of the land i.e. just up to £16.7M.

Q. 3. Will the costs of the abortive move “getting the ducks in a row” to Skypark of around £700K be counted in the Cabinet evaluation?

Q. 4. Is the market value of the new building more or less than its cost?

And here’s a photo of the magnificent parkland at Knowle: 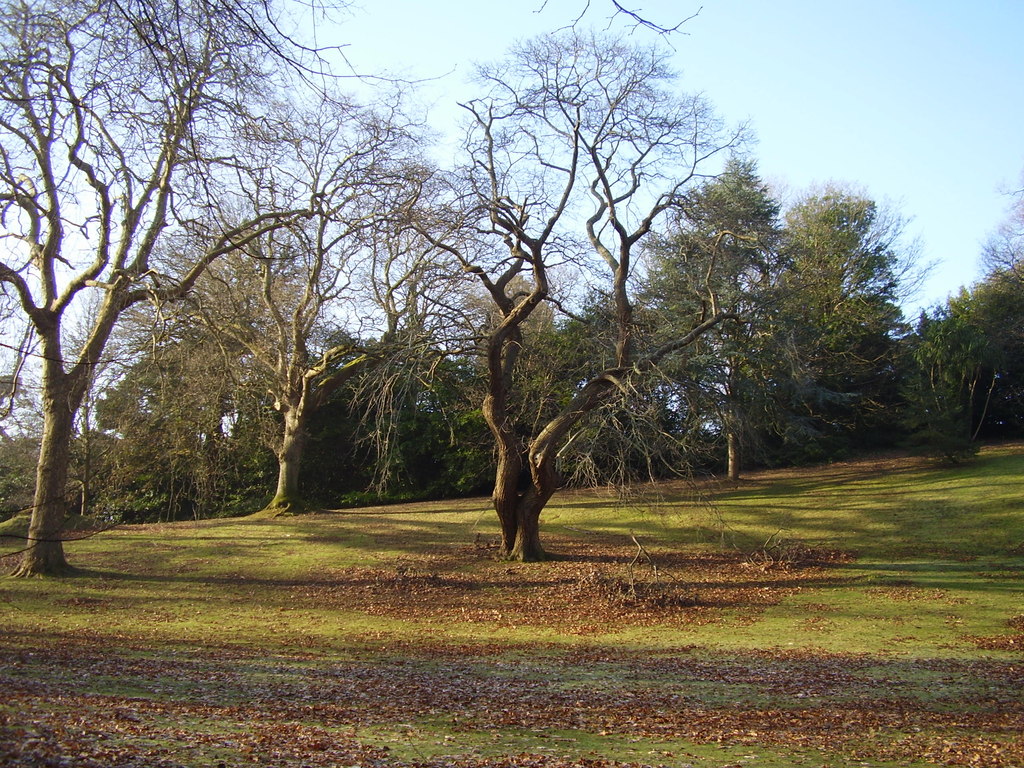 Winter trees.The Knowle
Sweet Chestnut and London Plane. In the grounds of the local council offices.
The area adjacent to the trees was once a natural arena for the Sidmouth Folk Festival.
Copyright Anthony Vosper and licensed for reuse under this Creative Commons Licence.