People had been “fed up…with these unsightly structures”.

But why not build small-scale wind farms?

It’s been a pretty windy month – as well as very wet:

UK storm warning: Could there be ANOTHER storm | express.co.uk

It might be an opportunity to make use of the wind a little more – which is what the government has just announced:

There are concerns about more blots on the landscape, as reported in the Telegraph:

The consequences of the Government’s accelerated programme for turning Britain into a carbon neutral country become more apparent by the day. The sale of new petrol, diesel and hybrid cars is to be phased out earlier than planned, fracking has been suspended and the burning of certain types of coal and wood is to be banned. But at least we thought the landscape was spared the march of onshore wind farms across the countryside.

Not so: a moratorium on onshore projects has suddenly been lifted. Wind turbine producers will again be able to bid for the price support removed by David Cameron after pressure from rural Tories because people were “fed up…with these unsightly structures”.

The price of electricity produced by wind farms has dropped sharply,…

Government should have been more open about the revival of windfarm subsidies | telegraph.co.uk

However, wind energy need not be massive and overwhelming:

With small-scale projects happening in these parts:

And on the Isle of Lewis: 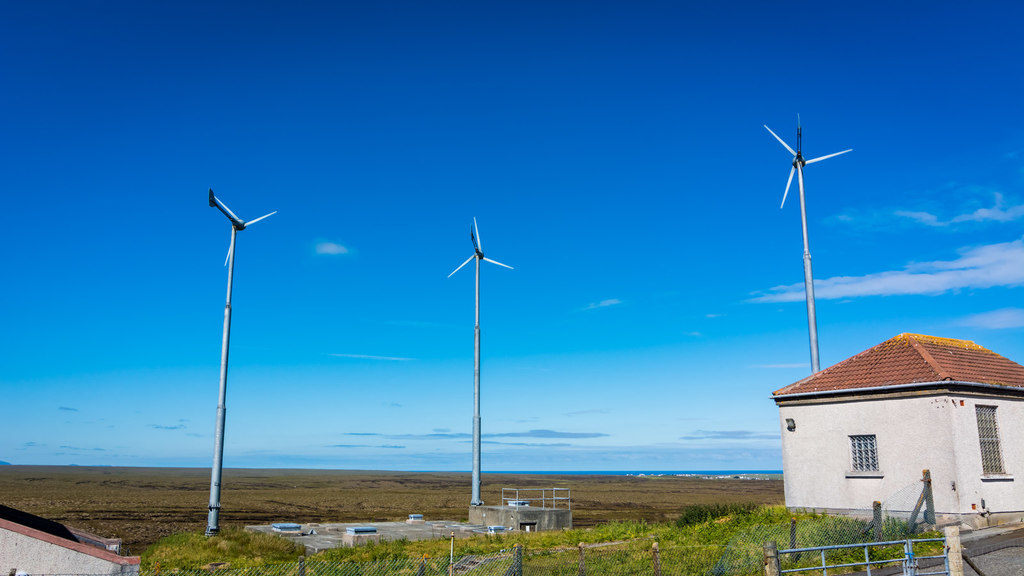 taken 2 years ago, near to Sgiogarstaigh, Na h-Eileanan an Iar, Great Britain

© Copyright Peter Moore and licensed for reuse under this Creative Commons Licence.