We need a holistic approach.

The East Devon Watch blog has been quite critical of the Leader of the Devon County Council’s views on our readiness for flooding:

The piece quotes from the Guardian – which in turn is quite critical of the Environment Secretary’s views on the country’s readiness – and what could be done to improve things:

Last week George Eustice, the environment secretary, said he wanted to see more nature-based solutions, such as the construction of dams made of natural materials and the planting of trees in upper catchment areas. These would hold on to water and prevent it from pouring too quickly into rivers and estuaries.

But this approach was dismissed as inadequate by Roger Falconer, professor of water management at Cardiff University. “It is like putting a small sticking plaster on a major open wound to control profuse bleeding. It would certainly be insufficient when dealing with the 30% increase in winter rainfall which the Met Office has predicted for some areas.” … ( by 2070)

Prof Robert Wilby, of the University of Loughborough, told the Guardian that the government should review its housebuilding targets in view of the increased risks from floods.

This was backed by Mohammad Heidarzadeh, head of coastal engineering at Brunel University. “The UK’s flood defence systems were developed decades ago and are not fit to address the current climate situation,” he said. “While the interval for major floods was 15 to 20 years in the past century, it has shortened to two to five years in the past decade. The country needs further investment in its flood systems, but such investment should be within a holistic and integrated framework.”

It is clear, then, that more needs to be done – but there does seem to be some consensus emerging – that we need a “holistic” approach.

And this can include “nature-based solutions to flooding” rather than pouring yet more concrete on our landscape:

These ideas have been around for some time:

A short animation film on river management (GEMAPI) by the Rhone Mediterranean Corsica water Agency.
A new type of river management is coming! | youtube.com
.
And we’ve got some clever ways of dealing with flood risk:
.
On the River Otter: final beaver report
Resilient responses to reverse the effects of urban flooding
.
Including in Sidmouth:
. 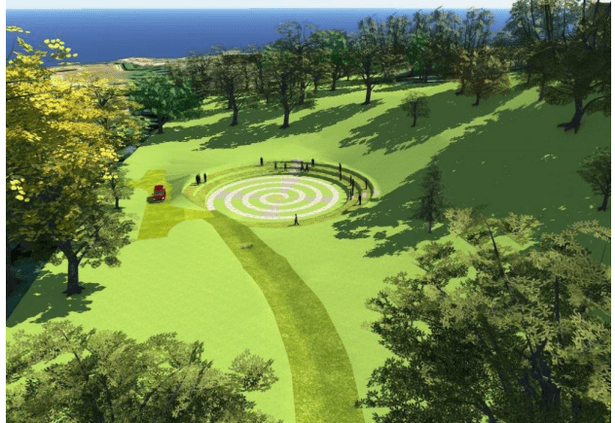