“Things can and do bounce back – if we focus our efforts on conservation and restoration and fully appreciating the true value of biodiversity.”

“Human activity has wiped out two-thirds of world’s wildlife since 1970” according to a new report just out: 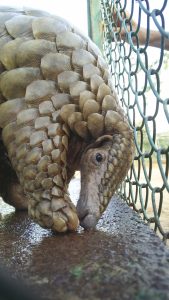 And this evening, David Attenborough does not mince his words:

BBC One – Extinction: The Facts

The programme looks at how biodiversity loss is being driven by:

hunting for horns and scales; overfishing; plastic and pollution; over-consumption; climate change; the destruction of habitats; and the production of soy, palm oil and cattle.

Perhaps most significantly, this destruction of nature is bringing about a greater incidence of pandemics: because we know that animals under stress shed more viruses:

COVID-19 and nature are linked. So should be the recovery. | World Economic Forum

‘Tip of the iceberg’: is our destruction of nature responsible for Covid-19? | Environment | The Guardian

Katherine Willis, professor of biodiversity at the University of Oxford, writing in the i-newspaper, summarises the programme very well – and looks to what can be done:

A sixth mass extinction can be avoided — but we need to act now to preserve Earth’s ecosystem, says a new programme by Sir David Attenborough

It was recently reported that many people have simply stopped reading the news. There is a sense of helplessness and “what’s the point?” The Covid-19 pandemic is not helping.

If you are feeling this way, then the first half of BBC1’s Extinction: The Facts will make difficult viewing on Sunday night. Scientific evidence, including from a global report published last year by the Intergovernmental Panel on Biodiversity and Ecosystem Services, states starkly that many populations of plant and animal species are declining to the point where they will become extinct in the next few decades. Some have already gone.

But there is a glimmer of hope, highlighted in the second half of Extinction: The Facts. The global view of biodiversity is changing. Large businesses and governments the world over are starting to view biodiversity as an important asset with significant economic value. And, as with any asset, the focus should therefore be on maintaining and enhancing it.

A recent report by the World Wide Fund for Nature (WWF), for example, estimates that the damage we are currently doing to biodiversity could drain nearly $10 trillion (£7.7 trillion) from the global economy by 2050. When numbers like this are mentioned, global companies and investors start to listen.

It’s not too late

But is it too late? Have we pushed everything too far and beyond the point of no return? There is the second glimmer of hope: species can be saved. When we focus on maintaining and enhancing biodiversity as an asset, even if it means rebuilding populations of animals and plants ex situ, in captivity or botanic gardens, and then releasing them back into the wild, they can recover.

This point is beautifully illustrated in the programme with the recovery of populations of mountain gorillas over the past 40 years since their demise was first highlighted by (a much younger) Sir David Attenborough. Things can and do bounce back – if we focus our global efforts on conservation and restoration and fully appreciating the true value of biodiversity.

It is a cheering thought that 2021 starts the UN International Decade on Ecosystem Restoration, when funding and efforts will be focused on this global task. This gives me hope that we can step back from the brink of a sixth mass extinction.