“The experience of the pandemic, and the accompanying explosion in social spending, have changed the tone of discussions about radical reforms to welfare states.”

The UBI is being explored and implemented, even, or especially, in these times:

Universal Basic Income: Spain in a time of crisis – Vision Group for Sidmouth

There is also the parallel idea of UBS:

Both of these will be explored online tomorrow:

In an event organised by the Transition Town network

These are big ideas for our time which are being considered by the mainstream:

Might the pandemic pave the way for a universal basic income?

A true UBI seems far off. But more experimentation is likely

Though ubi still meets with scepticism in many quarters, the experience of the pandemic, and the accompanying explosion in social spending, have changed the tone of discussions about radical reforms to welfare states (see article). Cash transfers—like those deployed by many governments during the pandemic—have come to look like an efficient, effective way to meet any number of social needs. Few schemes during the pandemic offered recurring payments to all. Yet, though the age of the ubi has not dawned, the ordeal of covid-19 could have brought it closer…

Might the pandemic pave the way for a universal basic income? | The Economist

It’s being tested in Califorinia: 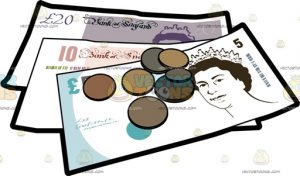 A universal basic income scheme is to be trialled in Wales, meaning adults, regardless of their means, will receive a regular sum of money.

First Minister Mark Drakeford said the pilot would “see whether the promises that basic income holds out are genuinely delivered” in people’s lives.

It means every adult in a specific area would receive a standard, unconditional payment at regular intervals. Supporters of the idea have said it provides a safety net for people who are unemployed or have irregular work, allowing them time to find a new job or learn new skills. Some high profile celebrities, including billionaire businessman Elon Musk, have backed the idea

Various versions of the scheme have been trialled around the world, including in Finland, where 2,000 unemployed people were paid €560 (£480) per month for two years. Researchers found the scheme left those happier and less stressed, but did not aid them in finding work. Meanwhile, in western Kenya, a 12-year trial is taking place, where every adult is being paid $22 (£16) per month to see if it can help lift people out of poverty.

But the Welsh Conservatives said: “The Joseph Rowntree Foundation is clear that UBI is not the answer to solving poverty, in fact they claim it can actually increase poverty.” In a 2018 blog post, the Joseph Rowntree Foundation’s deputy director of evidence, Chris Goulden, said: “It is not affordable, unpalatable to most of the public because of its ‘money for nothing’ tag and perhaps most importantly ­- it increases poverty unless modified beyond recognition.”

Universal basic income to be tested in Wales – BBC News

Meanwhile, there’s quite a debate going on over UBS:

What Are Universal Basic Services – And Could They Work In Aotearoa? | Scoop News

Why ‘Universal Basic Services’ is no alternative to Basic Income | openDemocracy