“This is the magical moment that a beaver was released into the Forder Valley in Plymouth for the first time in over 400 years.”

The reintroduction of beavers on the River Otter has been an astounding success:

On the River Otter: beavers here to stay – Vision Group for Sidmouth

All thanks to the work of the DWT:

This week, together with the Plymouth city council and the University of Exeter:

Research news – Plymouth beavers plan – what do you think? – University of Exeter

… the DWT helped to bring beavers into the heart of Devon’s largest city:

This is the magical moment that a beaver was released into the Forder Valley in Plymouth for the first time in over 400 years.

The 20kg male Eurasian Beaver was caught in late September in the wild from the Tay Catchment in Scotland. He was released on Tuesday into specially designed re-wilding enclosure near Poole Farm in the first urban release of beavers in the UK.

The beaver’s behaviour and actions will now be monitored in the hope that its actions will reduce flooding further downstream and create habitats for wildlife in the Bircham Valley.

The magical moment a beaver is released in Plymouth – YouTube 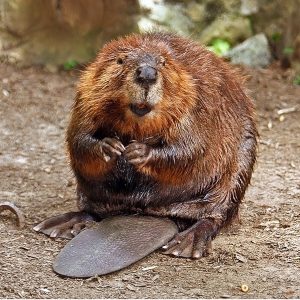 The idea is to help reduce flooding downstream:

This is urban rewilding:

A beaver has been released in Plymouth as part of a re-wilding project. The 20kg male, which was caught in Scotland in September, has been introduced to a specially-designed enclosure in Forder Valley.

It is the first urban release of a beaver in the UK, and the first in Plymouth in more than 400 years. The release is part of the Green Minds project by Plymouth City Council, which seeks to re-wild urban parks, gardens and verges.