Earlier in the summer, the District Council announced plans:

District Council votes for charging points in its car parks

As a correspondent for the Vision Group points out, however: 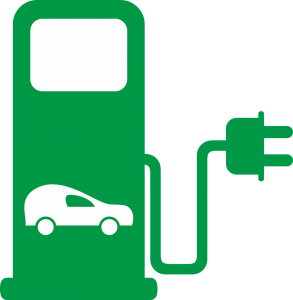 Having electric cars is all well and good but if we can’t produce green energy then it just shifts the pollution/CO2 production from one place to another. We need clean reliable electricity before we can really do anything.

I speak as one who was a child when electricity was being pushed as the way forward and we were being encouraged to remove gas and open fires from our houses, we did this and were totally dependent on electricity. Then it was even more difficult to keep houses warm as the off peak tariffs slowly slipped away and even though we were able to afford some of the earliest storage heaters they were huge things that you could only have downstairs or they would have come through the floors! They also only managed to keep the rooms at about 50F even with the doors shut.

Then came the miners strike. Other people who had continued with the old tech for heating/cooking/warming were OK but we were in big trouble. Since then I have never let myself be reliant on just one fuel source, and I was very glad of my gas fire and central heating in 1990 ( or 91) when bad snow brought down the electricity cables which served my house and I was without electricity for 10 days.

I dread to imagine a world where we are totally reliant on electricity and it fails for some reason, either technical or political. Would we be unable to travel because people had wasted all the electricity on being connected to social media and streaming films? Even worse would people die because they couldn’t keep warm.

The District Council has just announced its roll-out programme:

The change is happening (slowly) – what are your views on this? 🚘🔋

Charge points will be installed in carparks within the largest communities across Devon – including the Ham in Sidmouth.