The campaign group challenging the granting of planning permission for an industrial estate on the border of Sidmouth posted its most recent update over a month ago:

Since then, the group has sought legal advice about launching a legal challenge – but it seems that this will not be happening, according to the latest update sent out today: 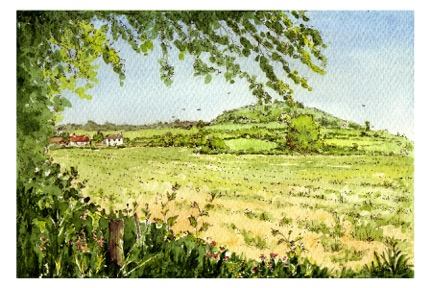 Forgive our silence over recent weeks but please don’t take this to mean that we haven’t been doing anything!

Having received the disappointing news that the Planning Inspector has upheld the appeal for the proposed Business Park a solicitor was engaged and a barrister instructed to obtain a legal opinion on the likelihood of a successful legal challenge to the Inspector’s decision.

We have only very recently received the barrister’s written opinion. Regretfully, the barrister’s opinion whilst incredibly sympathetic to the circumstances that local residents will find themselves in when the Business Park is up and running, concludes his opinion by stating “ … while I can see much to disagree with in the Inspector’s assessment, I do not consider there to be an arguable ground of challenge raising an error of law, and therefore the prospects of success in a section 288 claim – in my view – are low.”

If anyone else would like to do the same then you can email the Secretary of State, Robert Jenrick, at Robert.Jenrick.MP@parliament.uk.

There remain concerns of evidence that arose out the Inquiry and the outcome of the inquiry itself. We have been asked what residents can do should they wish to raise their concerns. Should you wish to do so your concerns can be addressed to –

(i)            Concerns regarding the Planning Inquiry, its process and/or its outcome are best addressed to the Secretary of State Robert Jenner;

(ii)          Concerns regarding the way in which the District Council, its Members and/or its Officers have dealt with the planning applications thus far can be addressed to the Leader of the Council, Councillor Ben Ingham, at BIngham@eastdevon.gov.uk. And/or residents are able to make comments at the start of Full Council meetings, with the next one being held in the evening of 23 October.

District Councillor John Loudoun has raised the matters associated with the meeting held between the Chief Executive and the applicants back in 2016 after the Council had refused the 2016 planning application. He has updated his blog which sets out the issues associated with the meeting based upon information provided by the Council. His blog is at http://johnloudoun4sidmouthruralhome.wordpress.com/.

The applicants, having now obtained outline planning approval as a result of the Inspector’s decision, will need to start to obtain detailed planning approval from the District Council. This obviously will lead to scrutiny by the Town Council and the district Council and will afford residents opportunities to comment on the details within those applications. As of yet, no applications have been submitted.

It has been suggested that it might be appropriate for residents who are annoyed at the Inspector’s decision to lobby the District Council. We cannot see what this would achieve as it has no ability to alter the Inspector’s decision. Rather, we think that any further lobbies would probably be best considered when future planning applications are under discussion at Town and/or District Council meeetings.

We recognise that many of you are concerned to fully understand all that has happened over recent months and what can/should be done as things move forward. We are therefore trying to organise a public meeting for the evening of either 14 or 15 October. Once we have been able to book a venue, we will let you know the details of the meeting.