“The fact that substantial amounts of food are produced but not eaten by humans has substantial negative impacts: environmentally, socially and economically.”

We have quite a problem:

But we also have quite a few solutions:

With a very active group in Seaton: 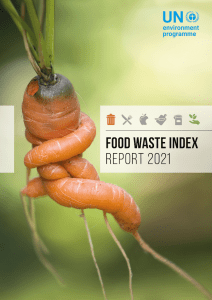 A new report out from the UN Environment Programme looks at food waste:

The fact that substantial amounts of food are produced but not eaten by humans has substantial negative impacts: environmentally, socially and economically. Estimates suggest that 8-10% of global greenhouse gas emissions are associated with food that is not consumed.

… the true scale of food waste and its impacts have not been well understood… until now.

Here are a few more facts and initiatives:

“It is an extraordinary fact that in the 21st century, close to 25 per cent of all the calories linked with growing and producing food are lost or wasted between the farm and the fork-food that could feed the hungry, food that has required energy, water and soils in a world of increasing natural resource scarcities and environmental concerns including climate change,” said Achim Steiner, UN Under-Secretary General and UNEP Executive Director.

14 percent of the world’s food is lost before even reaching the market. Food loss is valued at $400 billion annually – about the GDP of Austria. On top of this comes food waste… When it comes to environmental impact, food loss and waste generate eight percent of global greenhouse gas emissions.

Global estimates suggest that roughly one-third of food produced for human consumption is lost or wasted every year. Those 1.3 billion tons of fruits, vegetables, grains and roots are lost through spillage or spoilage in the harvest-to-market chain, or to spoilage and discard once products hit retailers and, eventually, consumers.

Food production, consumption and waste – and how they impact the environment – will be a key topic of discussion at this year’s United Nations Environmental Assembly (UNEA-5).

There has been progress. The United Kingdom reduced its food loss and waste by 27 percent between 2007 and 2018. Some big retailers have delivered loss and waste reductions of over 30 per cent. Consumers are more aware of food waste. During the pandemic, many people planned their shops better and cooked with leftovers.

However, we must intensify action. Here are four ways in which we can do so.

If food loss and waste were a country, it would be the third-largest greenhouse gas emitter. But only 11 countries included food loss in their Nationally Determined Contributions (NDCs). None of them included food waste…

Food systems – which gather all the elements and activities that relate to the production, processing, distribution, preparation and consumption of food – account for up to 37 percent of all greenhouse gas emissions; continuing on a business-as-usual trajectory will single-handedly exhaust the 1.5oC compatible emissions budgets for all sectors.

With the world’s population expected to reach nearly 10 billion by 2050, a major new report shows the global food system must undergo urgent change to ensure there is adequate food for everyone without destroying the planet.

The “World Resources Report: Creating a Sustainable Food Future” reveals that meeting this challenge will require closing three gaps: a 56 percent “food gap” between what was produced in 2010 and food that will be needed in 2050; a nearly 600 million-hectare “land gap” (an area nearly twice the size of India) between global agricultural land area in 2010 and expected agricultural expansion by 2050; and an 11-gigaton “greenhouse gas mitigation gap” between expected emissions from agriculture in 2050 and the level needed to meet the Paris Agreement.

To close the gaps, the report urges significant adjustments in the production of food as well as changes in people’s consumption. From wild fisheries management to how much beef to eat, the report gives policymakers, businesses and researchers a comprehensive roadmap for how to create a sustainable food system from farm to plate.

Biodiversity, crucial to human and planetary health, is declining faster than at any time in human history. Humanity relies on the earth’s natural systems to regulate the environment, maintain a habitable planet and produce food. Paradoxically, however, the way we have been producing food over the last 50 years has been driving biodiversity loss.

Six municipalities in London found that they saved £8 in avoided management costs alone for every pound spent on an initiative to reduce household food waste.

Cutting food waste also means reducing the use of a whole host of resources and pollutants, including:

“These evidence-based return-on-investment figures for action to reduce food waste make clear the business case for many more companies and governments at all levels to take the recommended steps towards meeting the official 2030 target on food waste, which can only happen if everyone pulls their weight,” said UN Environment Programme Management Officer, Food Systems and Agriculture James Lomax.

Want a sure bet? Invest in cutting food waste and loss