“There are serious weaknesses in central government’s approach to working with local authorities on decarbonisation, stemming from a lack of clarity over local authorities’ overall roles, piecemeal funding, and diffuse accountabilities.”

ITV has put together an excellent report on ‘how we can get to net zero’:

In just a few months time, the UK will host world leaders in Glasgow – in the hope of thrashing out a plan to reduce carbon emissions – and bring global warming back under control. It is an enormous challenge – with fundamental changes needed to many aspects of our lives – from transport – to the food we eat – to get a grip on the climate crisis.

There are questions around the ‘net’ notion of getting to ‘zero emissions’, because it could lead to complacency and simply allowing ‘pollution as normal’:

What is exactly is ​‘net-zero carbon’? … revisited – Vision Group for Sidmouth 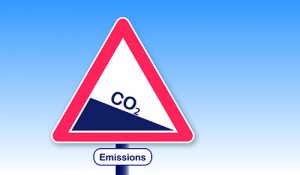 There is also the question of ‘who is responsible’ for getting us to zero carbon emissions.

Councils have made declarations that they’d like to do their bit – but it’s an ambition that’s not easy to realise:

There’s some practical advice out there to help:

Nevertheless, it’s not made easier for local authorities when they don’t have much help from central government.

As reported by the National Audit Office:

This new report responds to a request from the Environmental Audit Committee to examine local government and net zero.
Background to the reportIn June 2019, the UK government passed legislation committing it to achieving ‘net zero’ greenhouse gas emissions by 2050. This is significantly more challenging than government’s previous target to reduce net emissions by 80% compared with 1990 levels by 2050. Achieving net zero will require changes that are unprecedented in their scale and scope, including changes to the way electricity is generated, how people travel, how land is used and how buildings are heated.In its December 2020 report, Achieving net zero, the NAO highlighted that local authorities will have a critical part to play. There are 333 principal local authorities and 10 combined authorities (as well as the Greater London Authority) in England, between them providing a range of services to people in their areas which impact on net zero, such as transport planning, social housing and recycling and waste services…Report conclusions

While the exact scale and nature of local authorities’ roles and responsibilities in reaching the UK’s national net zero target are to be decided, it is already clear that they have an important part to play, as a result of the sector’s powers and responsibilities for waste, local transport and social housing, and through their influence in local communities. Government departments have supported local authority work related to net zero through targeted support and funding.

However, there are serious weaknesses in central government’s approach to working with local authorities on decarbonisation, stemming from a lack of clarity over local authorities’ overall roles, piecemeal funding, and diffuse accountabilities. This hampers local authorities’ ability to plan effectively for the long-term, build skills and capacity, and prioritise effort. It creates significant risks to value for money as spending is likely to increase quickly.

There are local authorities showing determination, however, to press ahead: