“We wish people would think more about deforestation before buying and consuming forest-risk commodities.”

“Obtaining net forest gains domestically, but expanding non-domestic deforestation footprints in the tropics might do more harm than good.”

“Cutting down a tropical rainforest cannot be compensated by planting a pine tree.”

It’s generally agreed that cutting down trees on a large scale is not a good thing.

We understand more and more how invaluable forests are:

We are now understanding much better that ‘everything is interconnected’, whether wildfires, wildlife population declines and Covid:

“Bending the curve” of biodiversity loss – Vision Group for Sidmouth

Covid, the environment and the spread of zoonotic diseases – Vision Group for Sidmouth

We know what we can do to slow down logging:

How to help prevent deforestation – Vision Group for Sidmouth

And we know we need to be protecting existing forests – and not just embark on tree-planting programmes:

But we also know that our lifestyle choices can have devastating effects:

Climate change and the Amazon: trade, meat and tourism – Vision Group for Sidmouth

And that includes ‘alternatives’ to meat:

What are the impacts of plant-based meat alternatives? – Vision Group for Sidmouth

Much of this is discussed and much of this is known – but now we can actually measure how our lifestyle choices impact the environment on the other side of the world.

Dr Nguyen Hoang, at the Research Institute for Humanity and Nature, in Kyoto, Japan, has led the latest research, just published:

Deforestation, a significant threat to biodiversity, is accelerated by global demand for commodities. Although prior literature has linked deforestation to global supply chains, here we provide a fine-scale representation of spatial patterns of deforestation associated with international trade…

We find that, while many developed countries, China and India have obtained net forest gains domestically, they have also increased the deforestation embodied in their imports, of which tropical forests are the most threatened biome.

Consumption patterns of G7 countries drive an average loss of 3.9 trees per person per year.

Some of the hotspots of deforestation embodied in international trade are also biodiversity hotspots, such as in Southeast Asia, Madagascar, Liberia, Central America and the Amazonian rainforest.

Our results emphasize the need to reform zero-deforestation policies through strong transnational efforts and by improving supply chain transparency, public–private engagement and financial support for the tropics.

As covered by Carbon Brief:

Agriculture and forestry are responsible for 80% of global deforestation (pdf). This is mainly driven by demand for goods – including coffee, chocolate, cattle, soy, palm oil and timber – that are often then traded and consumed in countries around the world.

The new study – published in Nature Ecology and Evolution – calculates the “deforestation footprints” of individual countries, comparing their domestic deforestation to that which they “import” from abroad through their consumption of foreign-made products.

The UK, Germany, France, Italy and Japan “imported” more than 90% of their national deforestation footprints from abroad between 2001 and 2015, the study finds, of which between 46% and 57% was from tropical forests.

“We wish people would think more about deforestation before buying and consuming forest-risk commodities,” the lead author of the study tells Carbon Brief. He warns that “obtaining net forest gains domestically, but expanding non-domestic deforestation footprints – especially in the tropics – might do more harm than good for climate change mitigation”.

And by today’s Guardian: 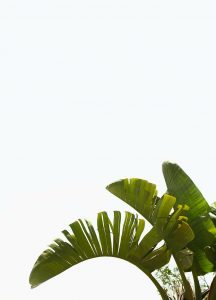 The research lays bare the direct links between consumers and the loss of forests across the planet. Chocolate consumption in the UK and Germany is an important driver of deforestation in Ivory Coast and Ghana, the scientists found, while beef and soy demand in the US, European Union and China results in forest destruction in Brazil. Coffee drinkers in the US, Germany and Italy are a significant cause of deforestation in central Vietnam, the research shows, while timber demand in China, South Korea and Japan results in tree loss in northern Vietnam…

Dr Chris West, at the University of York, UK, who was not part of the research team, said: “Consumption can have large effects overseas, given our dependence on international supply chains. While policy at government level is often focused on domestic concerns, the fact is that if we don’t also tackle this international footprint we will continue to drive devastating environmental impacts globally. This can’t be tackled by single nations alone and is also not just a western issue,” he said. “The rise of the deforestation footprint of China is particularly striking, and speaks to the need for multilateral action.” …

One limitation of the study, acknowledged by the researchers, is that lack of data meant it was unable to clearly link consumption to specific areas within countries. “We need finer-scale analysis where this is possible,” West said. The Trase project he works on does allow closer linkages for some landscapes, and importantly, the identification of the actors involved in the deforestation. The data was also unable to separate natural forests from cultivated ones – the latter are important in countries such as Canada…

The idea that western consumers might plant four trees to compensate for their deforestation footprint was unfortunately flawed, said West. “Cutting down a tropical rainforest cannot be compensated by planting a pine tree.”