Flooding has become a huge issue:

Not least, that we are building in the wrong place:

Thousands of homes to be built in flood zones | BBC News

As reported by Greenpeace earlier today:

Thousands of homes are set to be built in high-risk flood zones across England, an Unearthed investigation has found, as communities across Yorkshire, Lincolnshire and the Midlands struggle with severe flooding.

There are high-risk flood zones in Devon too:

Climate change and flooding: the impact on the Devon coast

Huge and expensive infrastructure projects are happening in Sidmouth meanwhile:

Sidmouth homes to be protected from flooding

Or on the seafront:

Weatherwatch: floods can be controlled by natural means | Guardian

Finally, the drama of the sea: 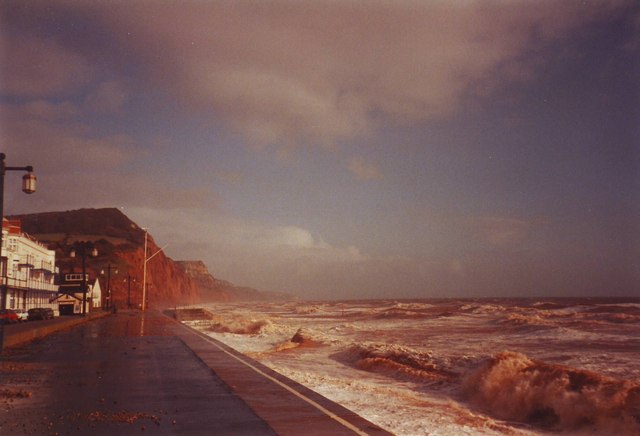 Sidmouth seafront before the current sea defences, Devon
In the late 90’s rock sea defences were installed to stop frequent seafront flooding. The red glow is as a result of the deep red sandstone which can be seen on the cliffs and which infiltrates even the sea bed. It’s wonderful how it is reflected in the atmosphere above.
© Copyright nick macneill and licensed for reuse under this Creative Commons Licence.
.